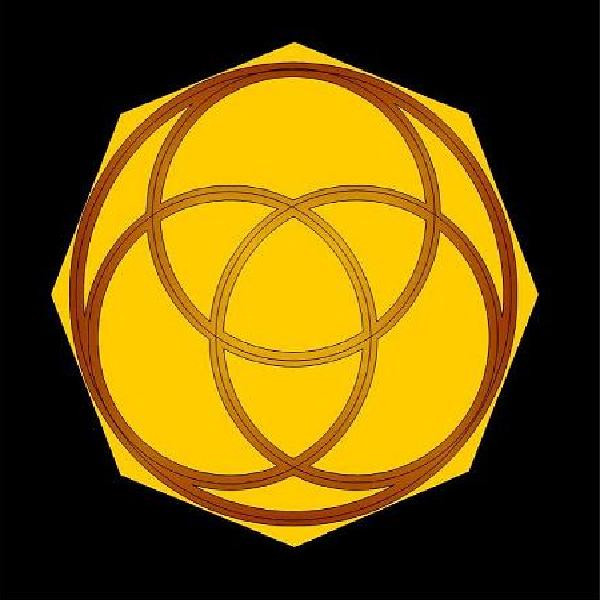 The End of the World... Again Review Book One: A New Beginning J. M. Dark

The “End of the World… Again,” is a series of stories of diverse characters and situations in which orthodox religious beliefs are waning and are thus more accepting of the supernatural.

The story is set in the midst of a geomagnetic pole reversal event (Note: They are real. They sporadically occur for unknown reasons at indefinite times). The story considers what it will mean to humankind when it next occurs. Within the series, a near-future, slightly dystopian, society is portrayed with color ID bands worn to distinguish class affiliation and job association. The ubiquitous use of personal communication devices provides enhanced situational awareness, while ‘street-armor’, and the casual use of intoxicants in the form of inhaled vapors, cater to social fiat. The series follows the evolution of a minor cult into the dominant religion of the far-future society and takes the reader full circle, as the world ends…again.

Book 1, “A New Beginning” (Theme: Faith is more important than you think.)
The story takes the reader to a time when life is simple and a band of Neolithic hunter-gatherers must come to grips with drastic weather changes that causes them to seek new relationships and resurrect old beliefs. The tribe is thrown into turmoil when their leader dies during their seasonal pilgrimage and the job falls on his reluctant foster son, Chilcoat, who struggles with his convictions. Chilcoat takes Tarra, the young daughter of the fallen leader, under his care rather than letting her wed too soon. She matures into a formidable spiritual leader that tests his religious and emotional commitment. She eventually guides him in the understanding of the old faith he is to bring to his people. The book explores religious dogma as provided by the cryptic ‘scrolls-of-knowledge’ left by their ancestors and through their teachings; they cope with a world gone wrong. The story culminates with a cataclysmic storm and the birth of the ‘Golden Child’ foretold in the sacred scrolls.

Book 2, “Parables” (Theme: ‘Minor’ foibles may not be.)
The book is in three parts, set in the near future, where various technologies and attitudes bring the reader into a new world a little different from our own.

Book 2, Part I, (Theme: Introduce reader to near future culture.)
Sets the foundation of a world where people think little of minor moral transgressions. The story takes the reader along on a ride with a family as they use the high-speed transit ‘tube’ on their way across country on a vacation. The reader discovers that the husband has a clandestine objective to deliver a mysterious data-pack for his employer. The trip draws to an abrupt end when a major earthquake damages the tube and results in stranding the family.

Book 2, Part II, (Theme: Marital bliss, isn’t.)
The story continues the development of the future setting while following a married couple, Dave and Jasmine, as they bicker their way across country on their way to her mother’s house. The mother, Ruth, has signed away her estate in exchange for passage to a space station sponsored by her church that promises pain free ‘end-of-life’ care. The reader is thrust into a future world where anti-germ measures and caste affiliation underlie all social interactions. The mother’s commitment to the ‘ACoG’ religious cult is questioned by her daughter’s suspicion that the space-station/church is a scheme to steal body parts.  The earthquake and mysterious data-pack from ‘Part I’ are woven into the narrative via the, somewhat questionable, import/export business run by Dave and the realization that the ‘strange’ weather and earthquakes are related to the earth’s magnetic poles reversing in a dramatic interplay with a coronal mass ejection. The resultant breakdown in social structure, and Dave's predilection for substance abuse, doesn’t end well for anyone.

Book 2, Part III, (Theme: Social stratification emerges.)
Takes the reader into the lives of some ‘Green’ level technicians that are caught in the city when the earth’s magnetic poles shift. A young couple, Roxanne and Alan, are struggling to get to know each other through their common involvement in the ‘power-skate’ subculture but a second woman, Beth, shares their affections and complicates their relationship. The story gives the reader a glimpse into the stigma associated with various, ‘tri-band’, social designations. Alan’s job with the TSA forces him to participate, unknowingly, in the clandestine movement of data associated with Dave’s import/export business and an undersea missile base. The episode provides him with the opportunity to determine that magnetic anomalies are causing serious mishaps. When Alan realizes the significance of the magnetic data, he convinces Roxanne and Beth to leaving town in a misappropriated airship. Their escape is complicated by various mishaps that strand them on a coastal island.

Book 3, “A Simple Shade of Gray” (Theme: Faith is where you find it.) This book is in three parts, set in the near future, where the characters struggle to cope with a world that has begun to go wrong.

Book 3, Part I, (Theme: Dedication to duty.)
A deep-sea technician that has been involved in a corruption case on a subsurface mining outpost is plagued with navigation problems that are made worse when an unknown submarine stalks him. As he flees, he stumbles onto an undersea missile base and is subsequently assigned to a high priority task assisting a science team tracking faults in the transport-tube system. As the task drags on, he is sent on another, more mysterious, assignment and realizes that the original task is a ‘cover’ for him while he maps a radiation leak at a secret facility. His ill-fated mission leads to his awareness of a spiritual presence as he performs with unfaltering dedication to his job.

Book 3, Part II, (Theme: The least among us shall lead.)
Ken and his crew of cargo handlers on the ‘Bermuda Spur’ shallow-sea platform struggle to gain control after the storms and general chaos caused by the magnetic pole shift subsides. Ken realizes the cargo crew has control over the food supply and move to protect it from the corrupt gangs that live on the platform. As the situation evolves, Janie helps string together an escape raft but the conflict over who’s in charge leads to most of the able body personnel leaving the platform. An odd collection of low-level service people stranded on the station, scramble to cope with failing systems and poor health. Ken and Janie begin to explore the ACoG religious doctrine. When a leak in one of the transit tunnels starts to sink the station they decide to release the damaged ‘tube’, however, the threat of pirates causes them to set the station free from its moorings.

Book 3, Part III, (Theme: Faith has no color.)
Steve, a young transit-tube technician, comes upon a woman, Barbara, who has been stranded by an earthquake that devastates their urban lifestyle. He soon discovers that she is a member of the ‘Gray’ level caste that he’s forbidden to associate with. They are joined by a pair of her ‘Gray-band’ friends that engage in religious ceremonies that bewilder him. A marauding band of thugs causes them to seek shelter in her cellar where old memories traumatize Barbara. With few options left, they decide to abandon her house and try to get out of town. Moving at night, they escape the city on foot and fall heavily on their faith as one of the friends is killed. Steve resorts to wearing the ‘Gray’ uniform of the dead friend and they struggle to escape a tissue bank where they are held captive.

Book 4, “Awakening” (Theme: God has a way of finding you.)
A seagoing habitat vessel supports several families in a homestead lifestyle that is used as a backdrop for the communal politics that ensue. As a storm traps everyone indoors, Brian recognizes that the earth’s poles have reversed and realizes that the weather is being caused by the phenomenon and is far worse than they expected. Robot drones are tampered with and cause the ship to take on water. The mayhem that follows results in several crew-members being lost or injured. The remaining crew slowly recovers and is eventually stranded on a barren shore where a team resolves to go looking for help. The teachings of the ACoG church are used to bolster their morale when their adventure turns out to be much more arduous than they had expected. The team eventually finds relief at a church sanctuary, but results in overburdening their resources, so the community is split to facilitate better chances of survival.

Book 5, “New World Order” (Theme: Faith is hard to come by.)
The reader is returned to the coastal island, from Book #2, where a trio of refugees struggle to eke out a subsistence using their ill-gotten blimp to forage from the mainland farms. When Beth determines that she is pregnant, she seeks divine guidance and feels her prayers are answered when a ship offers them a luxurious return to technology. She discovers that some of the research sensors they are deploying are missing and reports it to the owner, Seba, but when the missing sensors mysterious start showing up reported in the wrong location she suspects her supervisor, Philip, is trying to hide his mistake. It is revealed that the ACoG church leader, Hitachi, is the father figure of Seba. Seba calls on his father’s religious dogma to help, when they are stranded on an ill-fated excursion, but she blames his blasphemy for their predicament and the illness of her child and leaves him. He returns to sea to fulfill his father’s wishes but his partner doesn’t want to take the medical supplies to the church outpost. He insists that the ship be used to finish his commitment and is rewarded by receiving additional writings from his ‘father’ but is unable to convince his partner to return him to his home. Their clashing goals leads to open conflict and results in Seba and a cohort being stranded on a remote atoll where they find that the cargo they had inadvertently taken from the ship is a blimp, in kit-form, that they manage to assemble and set out on a long and difficult venture that results in them being taken captive. He eventually is able to look at his father’s new writings revealing the true purpose of the beacons.

Book 6, “The Lost Scroll” (Theme: Follow your destiny.)
Time has passed and the golden child, Shatar from Book #1, resists his destiny. Shadoc arrives with a dying old man, Stafon, the seer of the western tribe. Shatar is dismayed to discover that Shadoc is his father and he is expected to replace Stafon. Due to inbreeding, it is decided that many of the eligible youth of the tribe should go to the western village to seek bonding. He realizes that the children of the tribe are challenged in a way that he cannot relate to, but soon discovers that Laot has managed to endear himself to many of these ‘special’ children. When Laot demands tribute from the tribe Shatar resolves to drug the wrong doers until they can separate the children from his influence. Following his duty as seer of the western tribe, he samples the potion to be sure it is safe and is shocked by the experience that causes him to question his faith. His proctor, Charee, reveals the sacred ‘lost’ scroll, but he is unsettled about his destiny as told in the lost scroll. The potion dominates his perception as he struggles to come to grips with the loss of his friend and the responsibility of seeing the future for his tribe. Laot is transformed by the experience and feels he has spoken with God about the meaning of the symbols. The potion seems to cure the children and Laot of their afflictions but Tarann discovers that the potion has washed out and its only power is derived from faith in God.
Powered by